A research team has studied the efficacy of new CHO/PA polymeric nanoparticles for the sustained delivery of a drug used in breast cancer therapy. Some of the experiments have been carried out in the NCD-SWEET beamline at ALBA.

According to data from the Spanish Association against Cancer (AECC) observatory, breast cancer is the second most common type of cancer in Spain with 33,307 new cases in 2019. The number of deceased has reached 6,689 this year. Many research groups are exploring new ways to fight against this disease.

Dasatinib, an FDA-approved compound for the treatment of chronic myeloid leukemia, has become a potential candidate for the treatment of other cancers. It has been recently demonstrated that it could have a relevant role in breast cancer therapy. However, the solubility of this compound is extremely low, leading to poor absorption by the organism. Thus, the administration of a higher dosage is needed in order to obtain a better effect.

An alternative solution to enhance its therapeutic effect is the development of polymeric nanoparticles for a sustained and controlled delivery of the drug.

Researchers from the University of Castilla La Mancha, the ALBA Synchrotron, the European Synchrotron Radiation Facility (ESRF) and the San Carlos Clinic Hospital in Madrid have used the polymer poly(cyclohexene phthalate), named also CHO/PA, to synthesize the nanoparticles to encapsulate the drug.

Thanks to the synchrotron light this team has analyzed and compared the structure between the polymer in bulk and in the form of nanoparticles. "Using synchrotron light techniques, such as the small-angle and wide-angle X-ray scattering (SAXS and WAXS), we can study the structure of the polymer to check if it changes its properties when forming the nanoparticles", Eduardo Solano, scientific of the ALBA Synchrotron's NCD-SWEET beamline, states.

The results demonstrate that the polymer maintains its properties when forming the nanoparticles. Moreover, the research has proved that CHO/PA is a biodegradable, non-toxic and blood compatible polymer. "Compared to other polymers, CHO/PA nanoparticles show a slower sustained release of Dasatinib. This means a potential increase of the drug's efficacy", says Carlos Alonso, members of the Castilla La Mancha University's research team.

"The next step is to study other compounds and investigate the efficacy of this particular one using in vivo models" adds Iván Bravo, also a member of the aforementioned University, "Which would improve its potential future use in patients" concludes Dr. Alberto Ocaña, an oncologist from the Hospital Clínico San Carlos in Madrid. 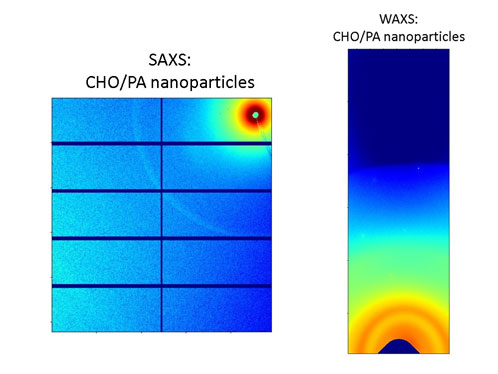 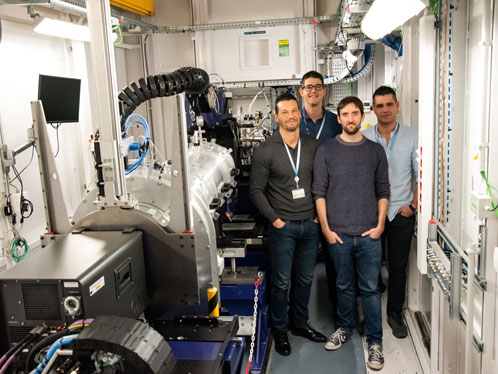 Nanoparticles are particles with a size ranging between 1 and 100 nanometers (nm) (1 nanometer is the one thousand millionth part of a meter or 10-9 m). These units have the potential of revolutionizing medicine, since their characteristics make them ideal for encapsulating drugs extending their degradation time inside the body, and helping to make a targeted delivery, reducing toxicity and side effects.

Polymeric nanoparticles are considered one of the most promising drug delivery systems for use in oncology. This is due to the fact that they are made out of polymers. Polymers are macromolecules composed of long chains with many repeated subunits, called monomers. These materials are usually biodegradable and biocompatible and their release profiles can be modulated by the polymeric structure itself.